Veteran gospel musician Peter Sambo has decried what he sees as a loss of direction in the country’s gospel music industry, according to him, the genre has strayed too far from its spiritual roots and is losing its power to uplift and inspire.

Sambo said this in an interview with Times 360 Malawi reporter, Sam Banda, who added that there is a need for the genre to be put back on its track.

Despite a failure to point out what is really wrong with the Gospel Music Industry, Sambo said his heart bleeds to the core seeing the industry has lost its direction.

According to Sambo, the pressure from his fans has forced him, to get out from his comfort zone. He has been inactive for a while in the music circles for the reasons known to himself.

Once highly acclaimed for his compositions, Sambo was just recently (in the transition from 2022 to 2023) in the limelight through his end-of-year anthem ‘Tachilowa Chaka’, which he released 20 years ago.

The new album which is comprising of 10 songs, will see features from legendary Lulu and Saxess.

His previous albums include Pa Calvary and Ndife Nyali. 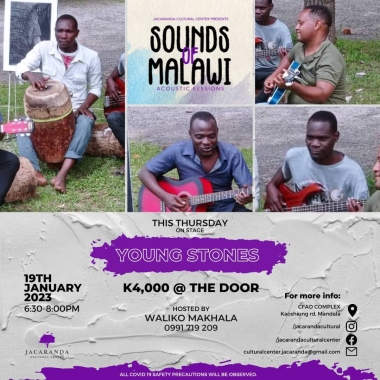